My favourite coffee shops and destinations on rides 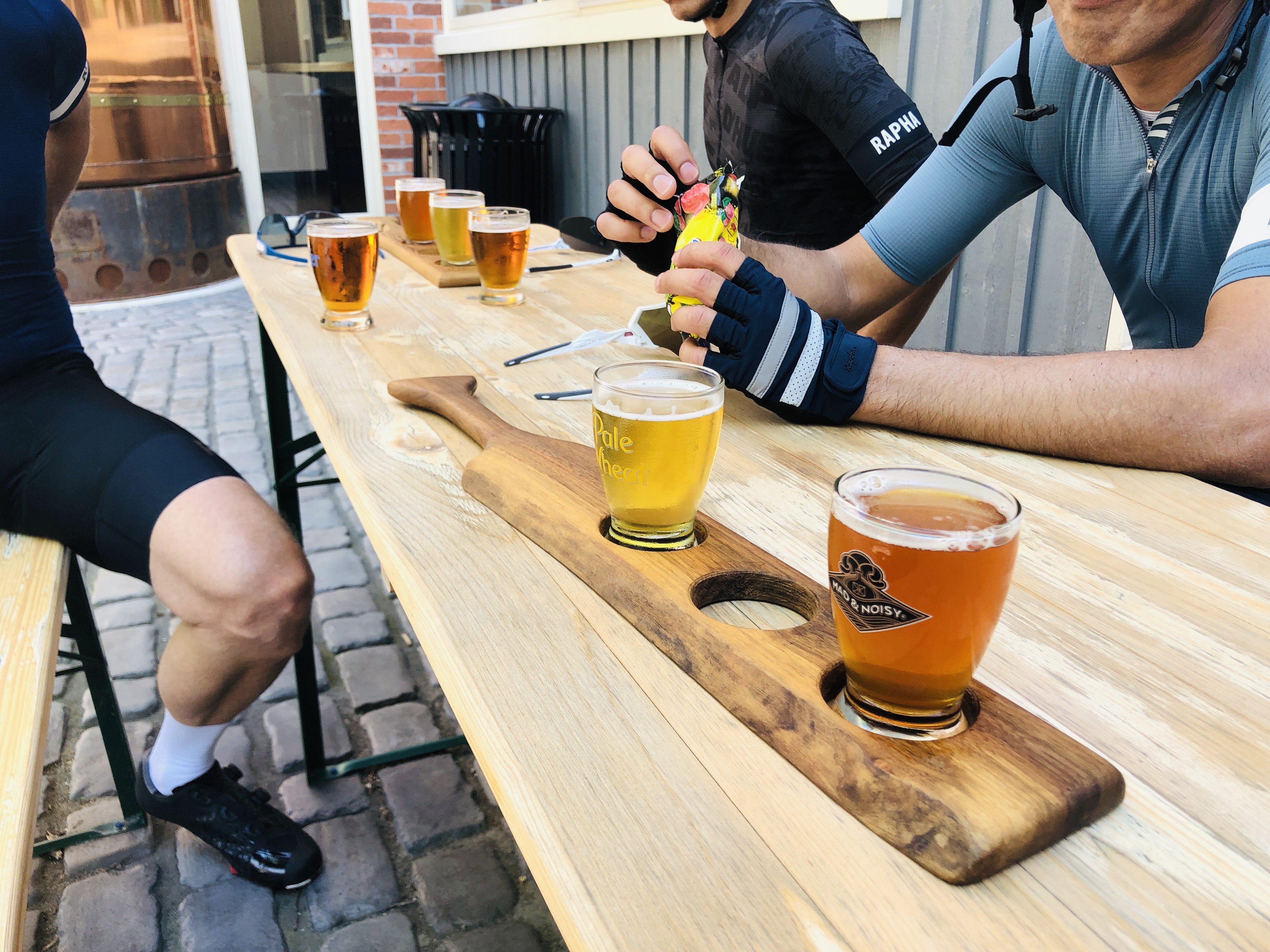 There’s something about coffee and cycling that goes so well together.  It gives us somewhere to meet or a destination to ride to. We’re lucky to have so many amazing places to ride our bikes to and after all these years of riding I keep coming back to them. Some more than others because of the distance/time it takes to get there - but it’s always worth it. In no particular order, here are my top 10 places.

I’ve been coming here for 8 years - how time flies. On any given weekend this place is pretty packed with cyclists/hikers/bikers/etc and it’s cool to see how much its gained popularity over the years. When a few of us used to ride to Belfountain from Toronto we wouldn’t see as many cyclists on the roads up here but now it looks like the Giro D'Italia every weekend. Every time I visit this place I can't help but get a feeling of nostalgia over all the rides that I’ve done passing though here. The coffee is pretty good (depends who makes it) and they also started offering oat cappuccinos. They used to make their own cookies a few years back but a lot of their pastries seem to be from Costco. I usually just get the oat cap.

Ok, so this place is kind of out the way - especially for me. My friend Larry introduced me to this place on an early season ride about 4 years ago. He’s like “I’ll meet you in Cambridge” which to me was the first time I’ve heard of this place and it was 90km to get there. Anyway - he was the only guy I knew who knew about this place.  I took a club ride here that year and all the cyclists I know have been going here ever since.

So many weekends spent doing the donut ride and then stopping at Jet fuel, those were simpler times. Actually, not much has changed and neither has this place. They don’t have a menu which is kind of cool. Some people I’ve brought here didn’t like that but for me, I usually get the same thing everywhere so no issue. Jet fuel sponsored a cycling team for several years and the shop is decorated around that - very cool atmosphere. They have something called a jet or jet fuel I can't remember and it’s got enough caffeine to power you for a week.

Not the shortest ride in the world but if you drive up to Hockley valley you can fit it in 160km loop. Another place introduced to me by Larry. We usually do about a 300km ride from Toronto and this is the stop I look the most forward to - not only is the riding probably the best in Ontario (in my opinion) but this place gives you samples of their beer. I think they have about 5 you can choose from. Well worth the drive/ride.

Unfortunately, this store was wrecked by a drunk driving accident and is closed for repairs. However, their brownies were always something I let myself indulge in when I'm rolling through Hockley valley. The coffee isn’t anything special but there is a large variety of pastries which are well worth the trip. Hopefully, they get it back up and running as soon as possible.

Somewhat of a hidden gem, I had no idea this place existed or where Schomberg was before I visited this place. The seating has improved over the years with a revamped area across the street to store your bike and sit down. Seems that business is booming which is great!

If you live in Oakville you’ve undoubtedly passed by or stopped here. It’s the perfect place to break up your ride. There is a patio in the alley where you can put your bikes and keep an eye on them. They’ve got a pretty decent selection of pastries and the coffee isn't bad either.

I’m not 100% sure about the history of this place but it used to be cafe domestique which closed down for several years. About 2 years ago they had something of a temporary space in Dundas with a coffee truck and then they opened their current location. The guys that work there are very cool and make a great coffee - worth the visit. The caffeine will help fuel your Sydenham PR.

I pass by here almost every time I go up north - which is a lot. Usually, I ride by it(as fast as possible) but sometimes, just sometimes I go in. Of course, I could inhale a dozen freshly baked original glazed delicious donuts but I have self-control... I never go for the coffee - just the donuts. They’re all amazing and pumpkin spice season Is here so I might just have to go again.

I’ve passed by this place for years and never noticed it until my friend Ro told me about it. He claims it’s the best gelato he’s ever had. I was a little hesitant especially considering since I just got back from Italy. Ryan and I went here on end one of those 6-hour rides in the humidity - not sure whether it was all the riding but it was very very good. Highly recommended.

I’m sure I’ve missed some places that are more popular or that I’ve never been to but these are amongst my favorites. It’s not long before the cold weather hits southern Ontario so if you’ve got the time, try to make it to one of the further places on this list and get the big miles in before trainer season!