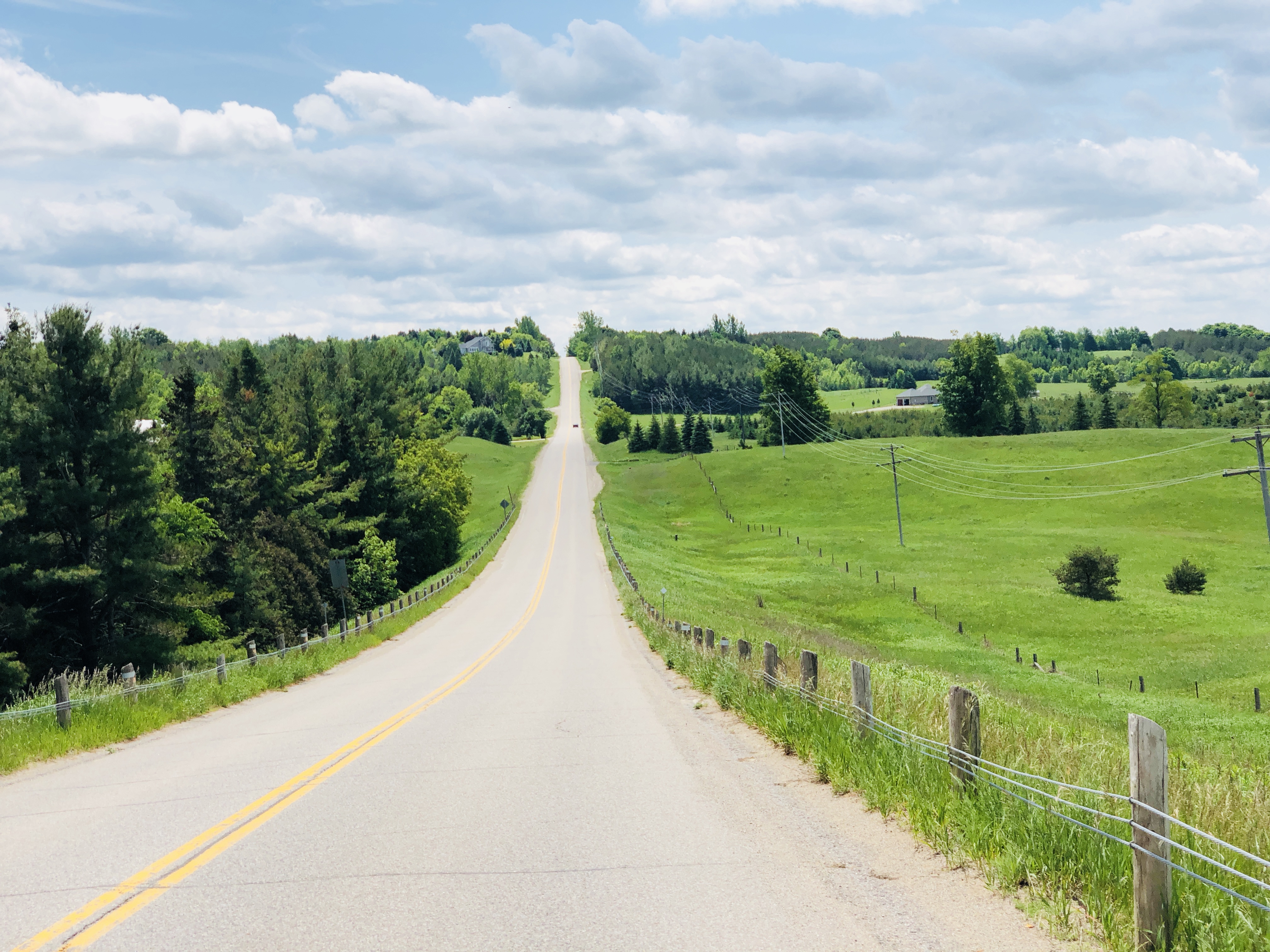 "What is it with this masochistic obsession with endurance? End-to-end, Paris-Brest-Paris, the Race Across America – there is a mania for outlasting and overriding all the senses. My feeling is that when a malign fate ordains you to endure, then endure you must. But why do it out of choice? If the answer is ‘Because it’s there,’ then the sane response is no, it’s not there. You put it there."

About 7 years ago I did my first 300km ride. Tameem, Sheldon and I rode to Niagara Falls and back from Toronto. We all started doing bigger rides together so it was quite an accomplishment for everyone.  About 260km into the ride Sheldon was cracked at a 7/11, questioning reality. I've never seen anything more beautiful in my life. I turn to Tameem and I say, “is this enough?” he says “more is never enough.” Those words stuck with me for the rest of the ride.

I found this is where the obsession began. The amazing part of cycling is the feeling of progression because once you start riding, you do your first 50km ride and then you keep thinking “I bet I can do more” and you keep increasing the distance. I see it all the time on Strava, everyone wants to beat their previous record. The same goes for me. I did 300km, I bet I can do 400 and 500 and then 600. When I finished my 600 last year, I was already planning where I would ride even further. There’s truly nothing more satisfying than a day spent on the bike (especially when it’s hot).  I found that a lot of people limit themselves on what they can accomplish, they hear a certain number of kilometers and think that it’s crazy. Actually, it’s a lot simpler than you’d imagine. If you break a ride down by hours, stops and don’t worry about the distance, you’ll be done in no time. Setting out for a big ride can be daunting at first, but once you do your first one it won’t even be such a big deal anymore.

You can’t do big miles without some base fitness! If you’ve already had a glance at how to ride a century, then once you pass that, it’s time for this. The three of us prepared each weekend by riding at least 5-6 hours together every Saturday and Sunday before the 300km. The rule is you can ride 3 times the distance that you train for. So take your longest ride and multiply it by 3 and you should be able to do that. I don’t know why this is the rule but it seems to be pretty accurate.

Everyone is different when it comes to eating on the bike so I’ll tell you how I prepare for a big ride, how I eat during and you can use it as a guideline. If I’m doing a ride over 10 hours I’ll eat well 2-3 days before, but not too much. What you eat is up to you, just make sure it has enough carbs. I like to load up on pasta and I’ll make sure I’m staying hydrated and drinking plenty of water. The day of the ride I’ll fill my bottles with diluted Gatorade (half water half Gatorade). I’ve experimented with drink mixes but this works the best for me, I’ll also skip breakfast. This sounds weird but I don’t like to overload on food in the morning. What I like to do is ride about 15-20km fasted and then stop to buy a bagel or something light and eat it while I ride.  Now that I’m rolling I’ll try to eat every 1-1.5 hours. I don’t really like eating super dense energy bars but I’ll have 1-2 in my pockets just in case. When I plan my route I do it around certain bakeries/cafes where I can grab a sandwich or some pastries. Once it starts getting dark I like to eat more than I need to (maybe 1000 calories) or so and then I know I’m good for 2-3 hours.

If I have a distance in mind that I’m about to do, I like to visualize it throughout the week. I know it’s going to be a long ride but once I accept that, I’m good to go. As I start the ride and I know the route, I’ll usually go to a screen on my Garmin that doesn’t have distance on it (just power and time). I like to count the hours I have left Instead of seeing that I have 200km left to go, somehow it feels easier this way.

If you’re riding through the night it’s wise to bring proper lights. Anything over 400 lumens is overkill for the road but I like to use 1000 lumens and run it on the lowest setting (which is usually 200-250 lumens) and it lasts longer than the 400 version on its lowest setting. I bring two front lights (1000 lumen main and a 600-800 lumen backup).  My rear one is a 120 lumen with an 80 lumen back up.

If I’m riding alone without any support I have a multi-tool with a chain breaker/spoke tool, spare links, 3 tubes, 2 c02 canisters, tire boot, patch kit and a mini pump in my pockets/saddle bag.

Unless it’s one of those days where it’s hot all day and night you’re going to need some layers! It’s all weather dependent but putting a pair of gloves, a cap, arm/leg warmers, and a wind jacket is highly recommended. If you have a clear lens for your glasses, bring that too. You’re going to need additional space so a bar bag or a bigger saddle bag should fit all your accessories/food. It’s a lot to carry but definitely worth it!

Everyone I talk to seems to be scared of riding at night but I haven’t had any issues with cars, if anything, I feel like they’re more attentive than during the day.  Make sure your route has some form of a gas station to fill/fuel up.

Doing these rides is so special because you remember every detail of that day. You remember the suffering, the road, the weather — everything. Those intervals or 2-hour rides just pass by, it’s just another ride.