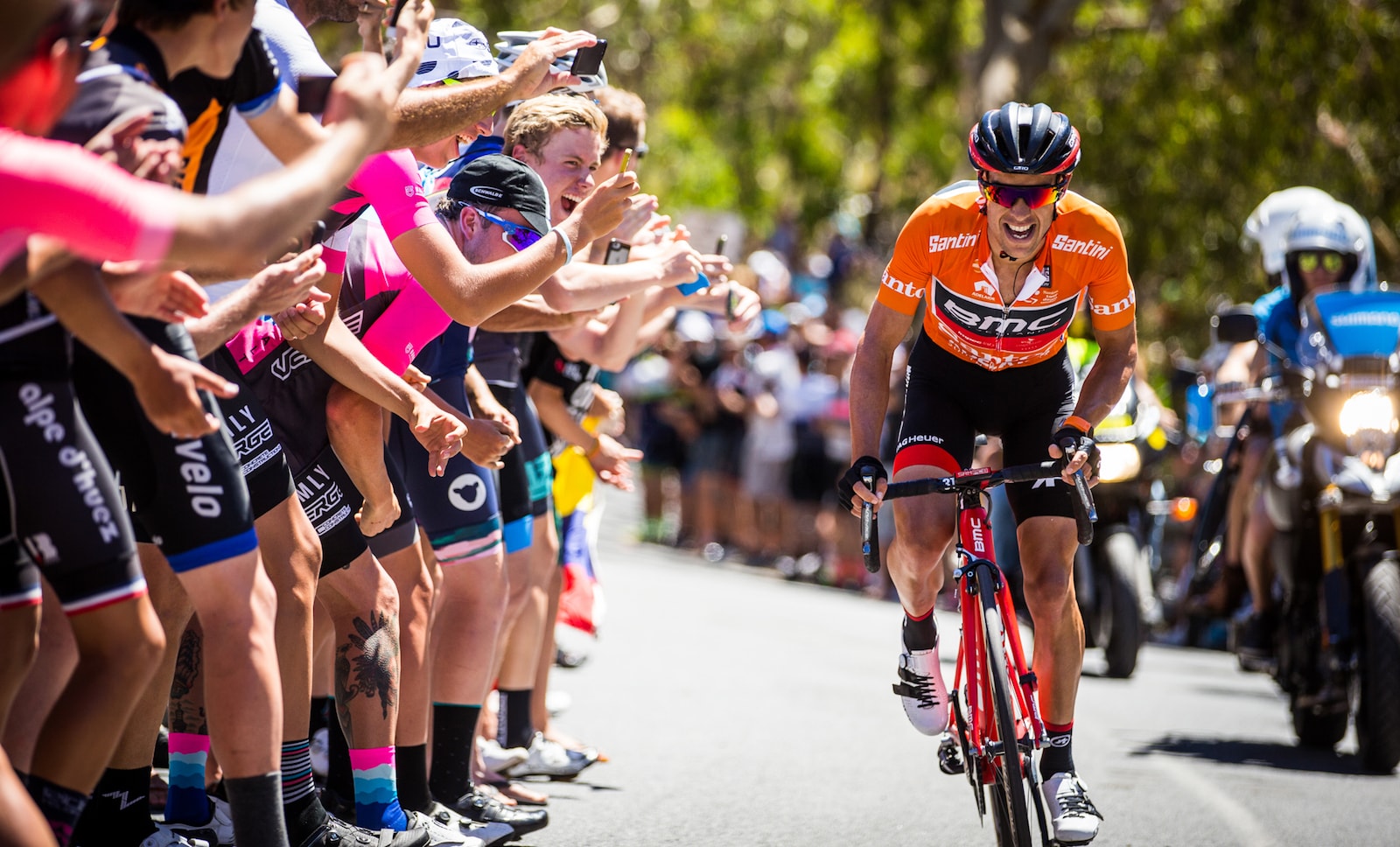 Starting this week, the 18 World Tour teams collectively comprised of 480 riders will officially kick off their season at the Santos Tour Down Under. This will be the first true test for teams and individual riders to begin the seasons' long process of trying to pick up as many World Tour points as possible. For professionals at the highest level of the sport, it is the accumulation of World Tour points that will keep them within a team under contract, or make them a valuable asset in the transfer market throughout the season. With 3 Canadian’s represented at the World Tour Level in 2019 and a handful of talented young Canadians at the second-tier level (Pro-Continental) of pro cycling, you will not want to miss some of the great racing that will occur from January to October.

The men’s 2019 World Tour Calendar begins with the Santos Tour Down Under which finishes this Sunday atop Willunga Hill. It would be a safe bet to say Canadian Mike Wood’s will be among the favorites hitting it out with other GC contenders, making watching the race on Saturday evening a night well spent. Following the completion of the six-stage Tour Down Under the World Tour calendar continues Cadel Evans Great Ocean Road Race again in Australia. While the World Tour Calendar stays solely in Australia for the month of January it returns at the end of February with the UAE Tour in the Middle East. The World Tour Calendar which is the highest level of road racing for both men and women begins slowly. This leaves space for a number of lower classified races for many pros to begin their seasons at. For the women, their season opener also started in Australia with the Women’s Santos Tour Down Under, a four-stage race that saw Canadian Alison Jackson take 5th place in the general classification. The Women’s World Tour calendar does not begin until their Strade Bianche Classic in March so we will see the women race lower level stage and one-day races in preparation for the World Tour opener. Watch for some Canadians at the Women’s Cadel Evans Great Ocean Road Race on teams Rally UHC Cycling and Team TIBCO-SVB.

Moving off the Australian continent other pro’s will be looking to start their season in both Europe and South America. Newly crowned World Champion Alejandro Valverde will open his season along with many others at the Challenge Mallorca race series. This four days of one-day races beginning on January 31st will see Canadians on both Israel Cycling Academy and Rally UHC Cycling begin their seasons on the Spanish island. The South American racing calendar begins with the Vuelta a San Juan Internacional which will see Peter Sagan fresh off at least one Tour Down Under victory (stage 3) take on the likes of Cavendish and Colombian sprinter Fernando Gaviria. Grand tour contenders and stage race specialists like Julian Alaphilippe, Nairo Quintana, Tiesj Benoot and Tim Wellens will be looking to raise their arms in the air for the first time in 2019. Chris Froome is pegged to begin his season at the Tour of Colombia in early February which is always exciting to see how he fairs after his traditional long miles in South Africa over the winter. As professional racers kickoff, their start to the season across the world a countdown also begins. Many professionals will race between 50 to 90 race days throughout the long cycling season and as each race passes, the desire for a career-changing result increases. Although for those in the Northern Hemisphere facing a few more months of indoor riding for the pro’s they will soon blink and the first Grand Tour will be looming. Early season racing is not only exciting because racing is finally back but with each race crowning a winner that winner’s career and racing credibility skyrockets. To stay at the top level of cycling racers need to win and to win these athletes need to be at the top of their game. One of the most beautiful things about bike racing is the stories that unfold throughout a race, being able to see how each race was tactically won. The accumulation of race stories and victories that shape the legends of our sport. For cycling fans and enthusiasts alike watching early season racing not only cements favorite riders and races but it will also give some insight into who is on the right track for their season goals. For us fans though, the early part of the season is a great time to sit back, relax and enjoy what will surely be an action-packed season of racing.