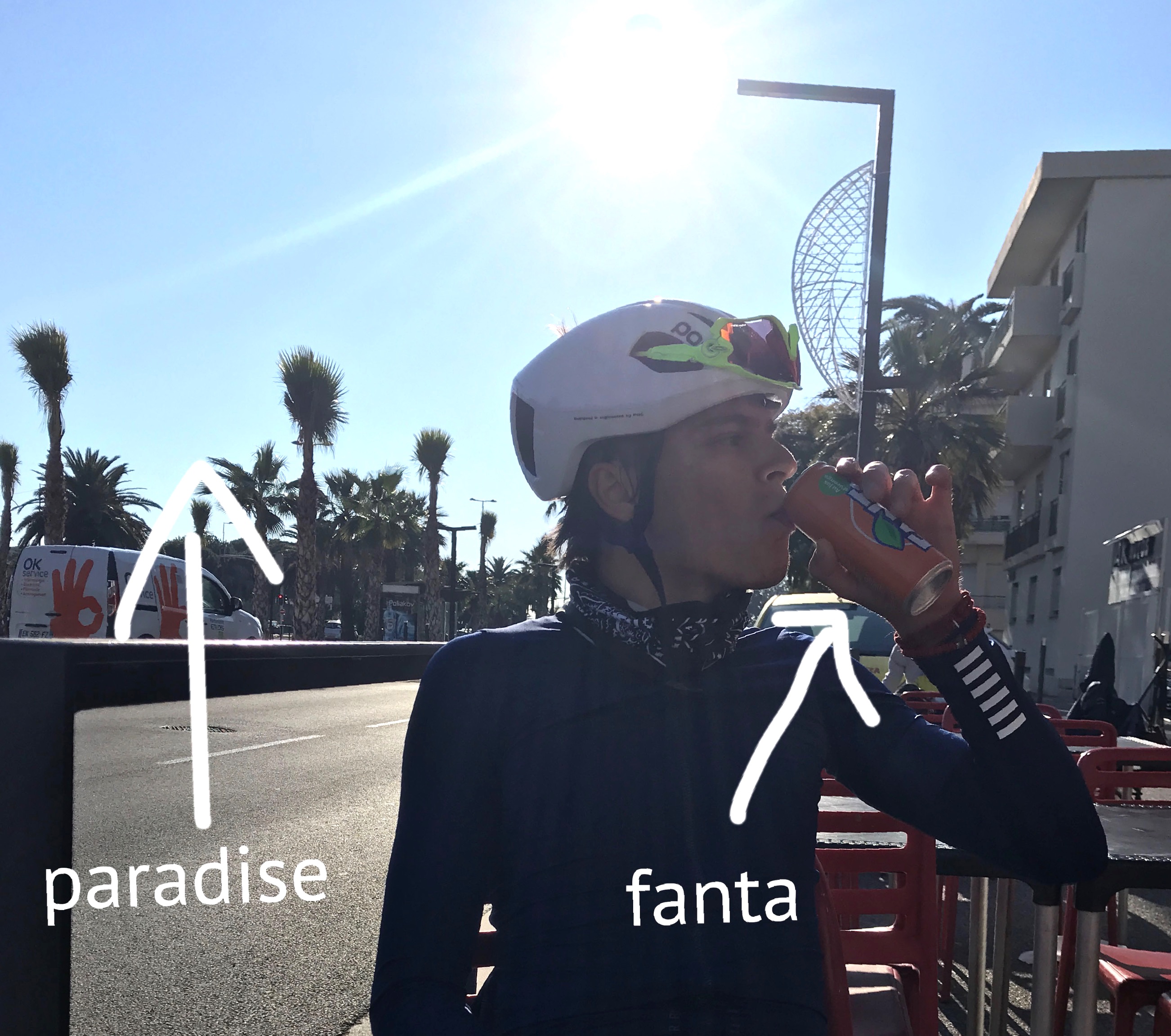 In early December, I decided that I won't be spending another cold, grey winter in Milan. I figured that the South of France would be a pretty decent compromise.  It's pretty close and about a 2-day ride (one day is possible with more light though). Not only is it close enough to ride to, but the weather was immensely better. So after I shipped my luggage, I packed my saddle bag and started riding towards the sun.

Putting on and then taking off all the layers: Milano to Savonna - Day 1, 200km

Much to my surprise, I woke up early and was out the door before 8am.  There's really nothing exciting about the first 130km since it's pretty much flat before you hit the mountain range.  The Isola del Cantone seperates the warm ligurian sun from the cold. Once I reached the mountains, the snow started. I had a little smile on my face since I knew the good stuff was just an hour away.

I stopped as I haven't really had anything to eat for 4 hours. I pulled over to enjoy the snow and one of the 5 sandwiches my sister made.  This was one of my favourite moments because I finally felt like I was getting somewhere. So much of the previous 130km felt like the same grey town after town.  Once I started rolling again, there was no stopping until I left the snowy mountain pass.  As I passed Genoa,  I kept going to get away from the busy traffic so that I can remove and pack away layers. 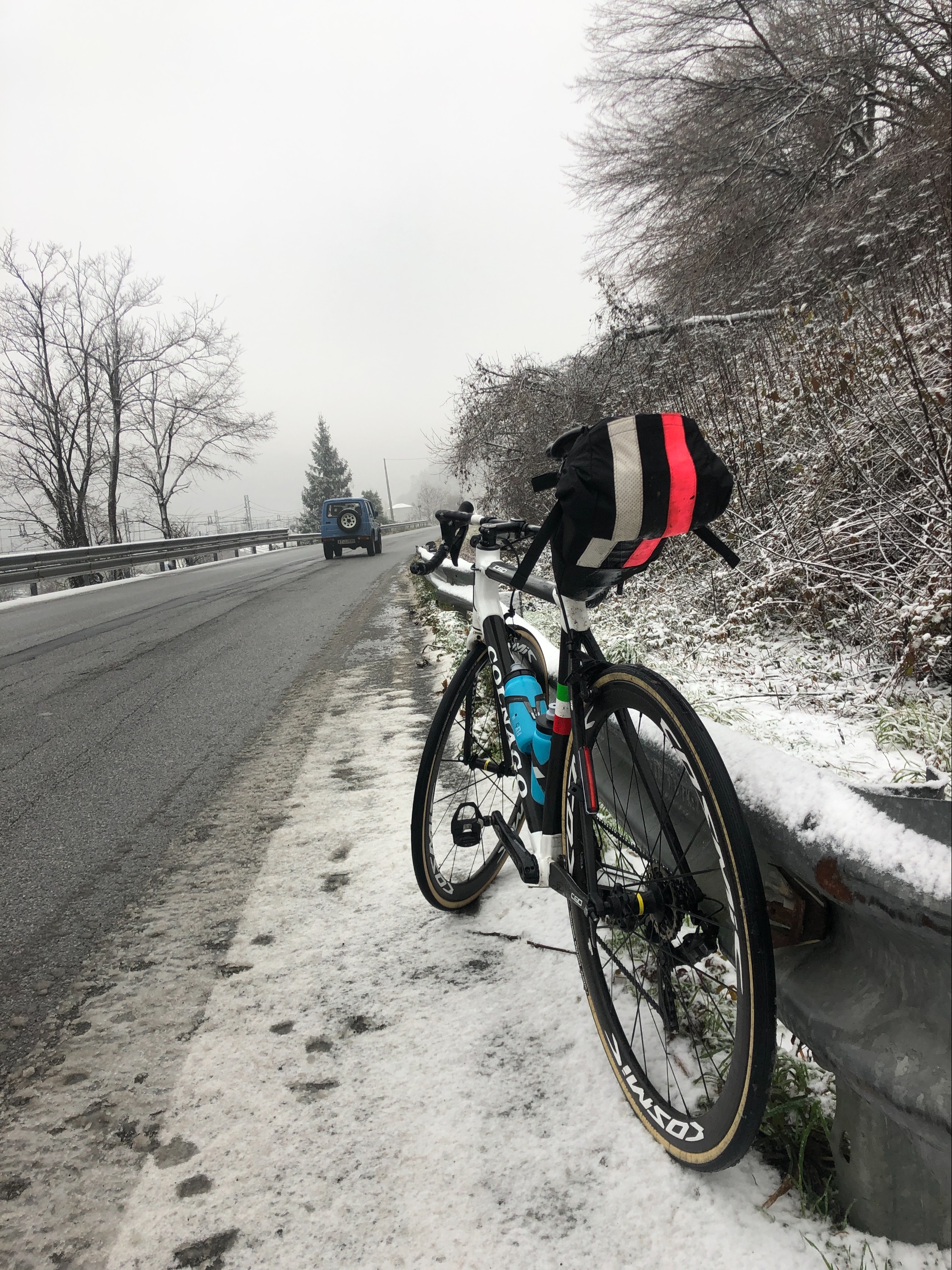 It went from 0 degrees to about 14 and sunny. I was still a little cold though so I only took off my shell jacket and kept the heavy baselayer and jacket. I still wasn't done so I kept pedalling until Savonna where I checked into my hotel. I was too lazy to go and find food, so I didn't really get out of bed until 5:30am the next day for breakfast. I knew that If I ate all the food in the morning, It would carry me the next day. It was only 160km so nothing to worry about.

Once I finished eating everything possible twice at the breakfast buffet, I set off. Last year, riding back, I skipped the pioggio and the cipressa - but I had to do it this year.

I stopped at the top of the cipressa to take the above pano. Milan-San Remo has always been one of my favourite races, and riding from both sides held a special place in my heart. Next was the pioggio, these climbs aren't particularly hard and are very steady. After I climbed the pioggio, I had to stop in the middle of the descent because the view was just too good to pass up.

Once I crossed the Italian border, I cruised passed menton but was held up in Monaco because of the traffic. It didn't really matter because it's one of my favourite places to be and I had all the time in the world. Once I left monaco,  I arrvied near villefranche and my garmin told me to go north for some reason, so, not wanting to get lost I followed it. A nice little surprise as it led me up col de villefranche which isn't a long climb ( only 700m) but it's 13% and maxes out at 24%. Needless to say, doing this on 39-28T gearing with a 10lb saddle bag wasn't a fun experience. The descent was almost worth it though.  Once I descended into Nice I couldn't find my hotel (my phone ran out of data but I had the address on my garmin)  so I rode around in circles for 20 minutes, turns out I passed it 5 times.  It didn't matter, I arrived, checked in and once again, was too lazy to find food so I spent the evening in bed and woke up early the next day.

I had a cappuccino at cafe du cycliste.

It rained a lot.

I arrived in Antibes

You might even run into Peter sagan. I'll get there - but first, a recap of the riding.

The South of France is a mecca for cyclists. People ride their bikes every single day, but not everyone is donned in lyrca.  Cycling and bread is a staple of French culture. You see entire families riding on bike paths, people on ebikes, using bikes to get groceries - anything you can imagine. Yes, the coast is busy, but once you go 10km north, it changes completely. You can ride in complete solitude, the higher up you go, the more silent it becomes. The drivers are courteous, respectful and always give more than enough room. I had this truck wait behind me for what seemed like forever. No one is really in a hurry to get anywhere and I love that. You can ride two abreast which is never an issue. It only took one ride here in the mountains to realize why it's so popular with professional riders. On any given day you'll see riders from conti, pro conti and world tour teams. They always wave! In my case, riding back from Ventimiglia I was taking a photo and I hear two voices simutanetously say "ciao," I look up, Peter Sagan and Phillipe Gilbert. I was on the side of the road taking some photos but I quickly clipped in and caught up. We rode from Ventigimilia back to Monaco before I peeled off to do the Col d'Eze.

I might have lucked out with the weather this winter. Most days was 12-14 degrees, sunny and around 6-8 in the mountains, which is very respectable in the winter. I took a lot of photos on my rides and these were definitely my favourite. I hope you enjoy them as much as I did riding them - but probably not. 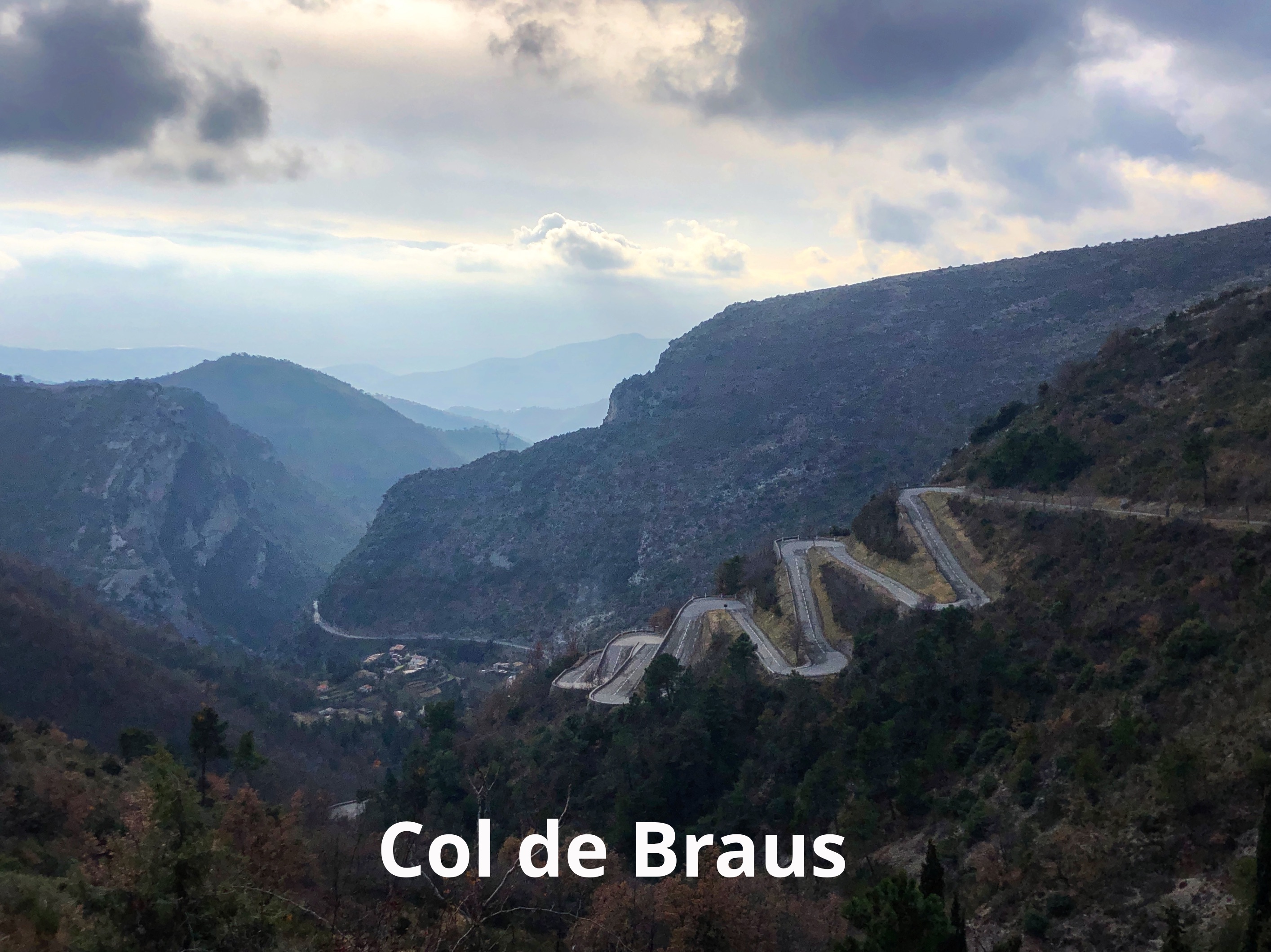 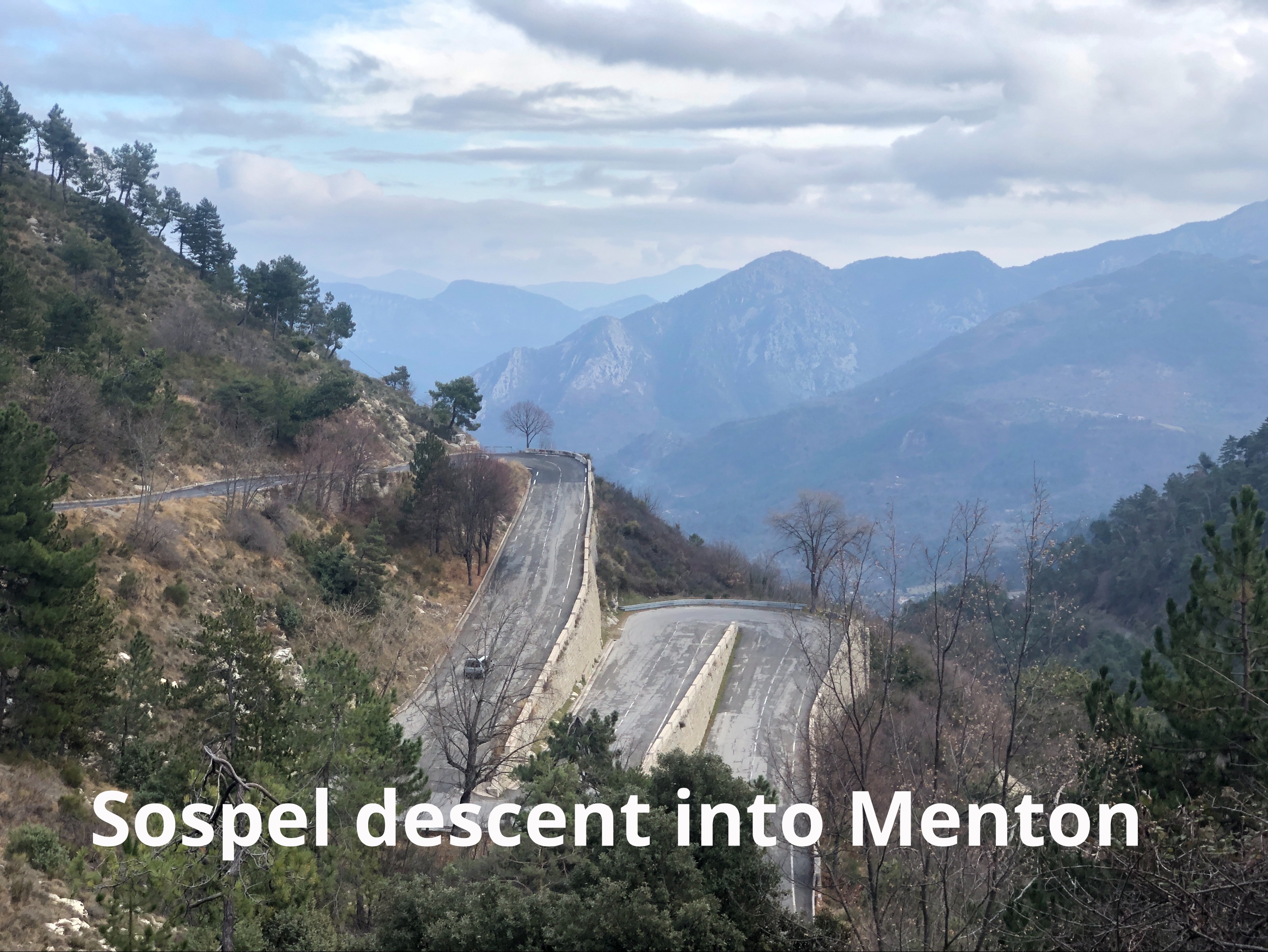