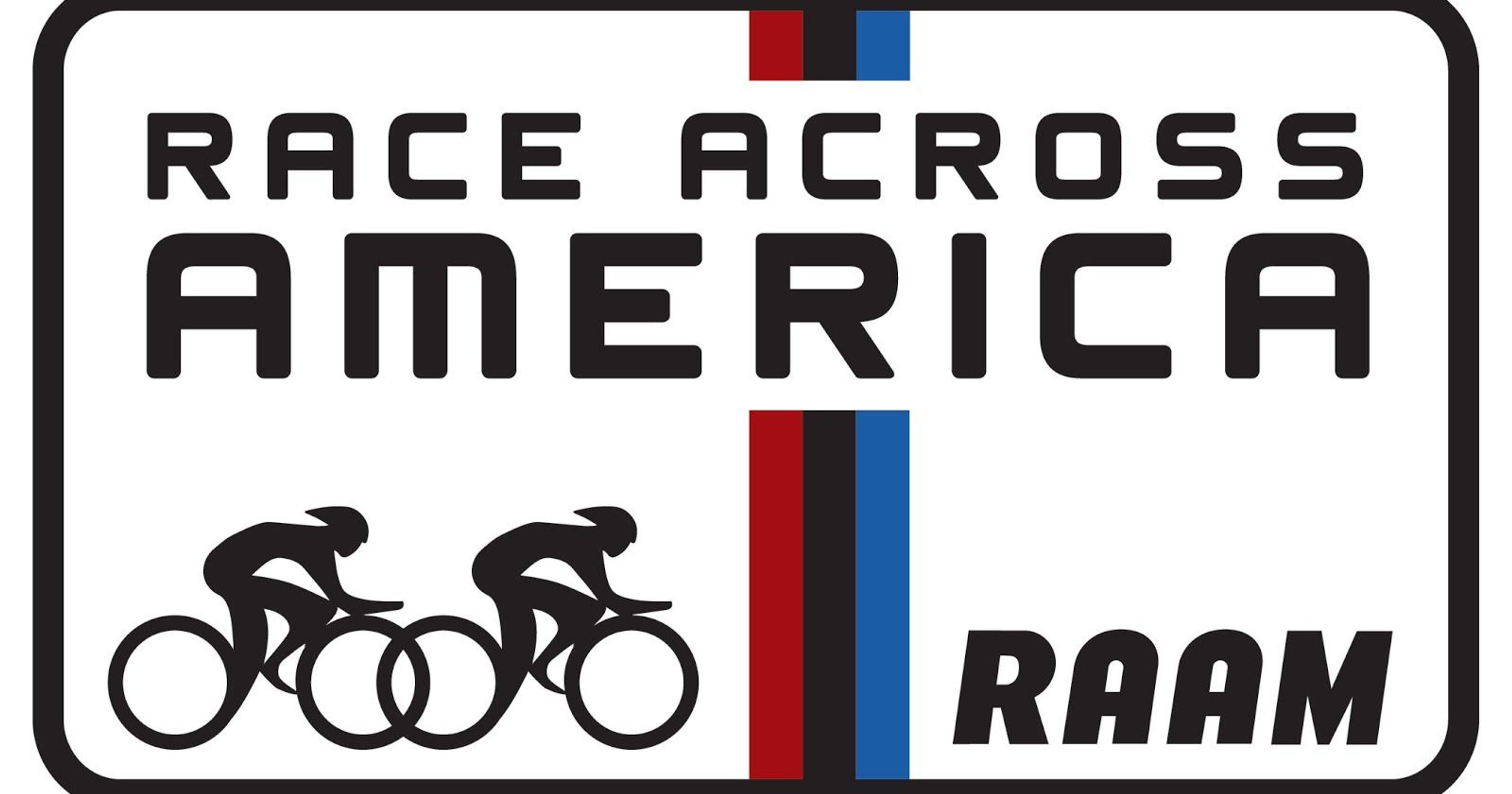 Unlike the Grand Tour races in Europe such as the Giro D’Italia, Vuelta Espana, and the Tour de France. The Race Across America is not a stage race, but rather a single stage race where the clock doesn’t stop until you reach the finish line. It can basically be described as one long and grueling time trail that takes participants from Oceanside California to Annapolis Maryland covering over 4800 kms, covering 12 states and 170,000 vertical feet. RAAM is also 30% longer than the Tour de France, and must be completed in half the time. Not to mention that there are no rest days. Originally you could do it with no rest at all, but due to safety precautions, solo riders must rest a minimum of 2 hours within a 24 hour block. This is definitely not for the faint of heart!

The race is broken up into several categories from team formats (8 man, 4 man, & 2 man) to the original category and that is a solo attempt… Savage to say the least. Team categories have a maximum of nine days to complete the distance, where solo riders have a cut off of 12 days to cross the line. The fastest time for a team was 5 days, and 8 days for solo which is lightning fast.

The Race Across America originated in 1982, where four individuals raced their bikes from the Santa Monica Pier in Los Angeles to the Empire State building in New York City. At the time it was pure madness, and still is today. The event set a new standard for ultra endurance events, and is still viewed as the hierarchy for competitive cycling and most other sporting events for that matter. The race expanded into other sub categories such as team formats in 1992, which has helped grow the awareness and the prestige of the event. With everything aside, the most interesting thing about RAAM is that it is open to any fit cyclist that wants to push the limits of what can be physically accomplished.

I had the fortunate opportunity to participate in the Race Across America back in 2008. Not so much out of choice or desire, but more as a tribute or a call of duty.
Turning the pages back to late 2006, we had the idea of entering an 8 man team to compete for the all-time record. We assembled a team comprising of the 8 best and willing club members to tackle this feat. One of those riders was my Father Dennis. He always likes a good challenge, and this was certainly up his alley. The selected members of that team started a long building block of training that fall, and over the winter we organized a training camp in Huatulco Mexico. I was just getting back into riding more consistently once my competitive hockey career was winding down. So I casually joined the camp to get some miles in, bask in the sun and lay down on the beach. During that week, my Father pulled me aside to share some shocking news. Prior to the trip he was diagnosed with malignant melanoma. Skin cancer. With this card being dealt to him, he was no longer able to train or take part in the race. He had asked if I wanted to take his place. That was some really big shoes to fill, and not because he wears a size 48 shoe, but because I was going from zero to 100, real quick.

Even though my Father was not able to train with us, he was still in our corner. Acting as the coach and architect of how we were going to execute this race. The team created the nickname “Kapitano” which is what all of us except myself would address him by… ☺
Travelling down roads which are unknown can be very scary, as none of us really knew what we were getting ourselves into. The more content about the race that we watched or read about, only made things feel that more daunting and almost unachievable. But having My Father or “Kapitano” at our side made us a much more confident and prepared team, and the peak of his influence on us was still yet to come…

As the winter turned to spring, so did our indoor sessions changing over to outdoor riding exclusively. Rain or shine, there was no deviating from the plan. As Kapitano would say, “during the race, if the weather is crap, you will not be able to ride a trainer in the van, so lets get outside!” That instilled a sense of discipline, that really paid dividends as it galvanized us into a unit that had no fear of poor weather. We had endured months of riding sessions pushing 8+ hours in single digit temperatures and freezing rain. Then having to tack on an extra 4 hours later in the day on certain training days. There was virtually nothing that Mother Nature could throw at us. We practiced riding at night, perfecting rider exchanges with our support crew, and really nailed down every last detail. The most gruelling of all our training, was hill repeats up Rattlesnake point, at full gas. I can still taste puke….
Looking back now, all these lessons and training sessions certainly prepared us for the long road ahead.

Fast forwarding to the start of the race, I can still recall the tense anticipation to hearing the gun go off. The first leg of the race had a 40km stretch that allowed for no exchanges until the first checkpoint. Each team had to put out two riders to carry them to the exchange spot. Looking around at the other teams, like ourselves, everyone was on their TT bikes to start the race. Except for the BMC team from Norway. They had two guys that looked fit as fiddles, aboard their road bikes. It was very puzzling as to why they were the only two participants not on TT bikes. Little did we know that was by design, and allowed them to get up the road, go through the checkpoint without an exchange, and really put a dent in a lead that was captured at that point and never once was it relinquished. The decisive move to win the race was made right at the start. These clever Norwegians knew that the first checkpoint was going to be nothing short of utter chaos, and it truly was a nightmare that wasted valuable time. While the rest of us were scrambling to make exchanges, these guys were long gone up the road and never to be seen again until the finish line.

Myself and Team mate Paul Millar were appointed with the task of getting us to that point in a good position. This was probably the hardest I have ever pushed myself on a bike. That 40km stretch through Californian wine country was gorgeous, as much as it was agonizing. Counting down the minutes and seconds that I could catch my breath again. Once we reached the point of the first exchange, I remember telling myself that if the rest of the race is going to be like this, I am going to die out here! The good news is that everything settled in to a more consistent pace, but it still would have its fair share of ups and downs. Testing the perseverance of everyone out on the road course.

Day three of the race really took us for a loop. We were crawling through the Rocky Mountains of Colorado, one of our best descenders Kirk Schizas lost control of his bike on a fast technical descent, and unfortunately crashed out of the race. This left us one man short, which we were not allowed to substitute for. We just had to carry on. During this point we were starting to engage in a back and forth dog fight with a team from California. The first strike from this team came back in the middle of the night as we were crossing through Monument Valley. Which was the scene of where Thelma and Louise was filmed. I still remember the cold desert air, and the silhouettes of the monuments as they reflected off the moon light. It was quite a desolate and majestic place. That was until we saw some headlights approaching from a far. These lights were coming at us fast, and in the blink of an eye it was that California team blowing by us leaving us in their wake. At that point we knew it was on….

We jockeyed the 4th place position with this team over the next couple of days, and we weren’t so certain how long we would able to duke this out with them.
I was starting to feel quite flat and so did the rest of the team. It was amazing how much a difference having one guy on the sidelines would make. We needed a boost, and sure enough on day 5, we were all surprised when Kapitano arrived to reinvigorate this band of soldiers. At that point we were nearly out of the state of Kansas. The Californians were not too far up the road as reported from the last checkpoint. Kapitano decided to throw both Paul and Myself out on the road to run a 2 man pursuit and hunt these guys down. This approach was decisive for us and would be our strategy all the way to the finish line. Paul and I were really hauling ass, and we eventually caught and passed that team. For all the competing teams, it was now all about mental fortitude, and riding smart. Instead of deploying long shifts for each rider, we decided to do shorter shifts, and using our scout vehicle to place teammates up the road to establish a leap frog approach. This allowed for our average speed to increase exponentially, kept everyone fresh, and ensured that when we passed the Californians, it was for good. For those that stuck to their original plan of long turns for each team member, were dead in the water..
The impact of having my Father alongside us for the last leg of the race boosted everyone’s moral. His guidance, strategies, and Sargent like approach really helped put us over the top.

We finished the race in 6 and a half days. The feeling of relief and joy has never been felt to this degree. The experience of Race Across America is unlike anything else. It truly lived up to the billing of the World’s Toughest Bicycle Race. It’s a long, hostile, and grueling journey that exhausts your mental and physical capacity. The sleep deprivation in itself, never mind doing on a bike is tough enough to crack almost anyone. Just imagine doing RAAM solo… For Myself, I look at it this way. I love riding my bike, but too much of anything in life is never a good idea.

I wanted to dedicate the memories of RAAM 2008 to my fellow teammate Paul Millar. He is about to embark on another 2 man Race Across America stint alongside his team mate Mark Herbst this month. These two warriors are riding as a part of the Project Linear Acceleration Team. The goal of their journey is to raise funds and awareness in support of the RVH Simcoe Muskoka Regional Cancer Centre. Mark Herbst’s wife Jackie, who has been dealt the tough circumstance of being diagnosed with squamous cancer back in 2014. It has been a very tough fight for Jackie since then, and she is still continuing to battle till this day. We wish her all the best and we remain optimistic that she will eventually beat cancer.

We encourage you to support Jackie in her fight, and you can follow Paul and Mark during their race via their Facebook page.